The Resort is open Wednesday through Sunday. Pool and Cave access is for hotel guests only. The pools remain closed to the public until further notice.

On behalf of the Lower Kootenay Band I welcome you to Ainsworth Hot Springs Resort in the traditional homelands of the Ktunaxa (pronounced ‘K-too-nah-ha’) people. Since time immemorial, the Ktunaxa people have utilized this site as a place for healing. After battle, warriors would soak in the spirit waters (nupika wu’u) to ease the wounds sustained in the fight to defend this beautiful territory. Those living with other ailments such, as arthritis, would utilize the hot pool to find some relief to their pain.

Today, the Lower Kootenay Band looks forward to bringing a unique First Nation brand to the hospitality industry. We will continue to strive for excellence in customer service and wish to make your stay here as memorable as possible. The Hot Springs that are nestled into the mountain side along the shores of Kootenay Lake have been good medicine for many years. We invite you to experience the power of nature & hope that you will visit again in the near future.

Did you know? Ktunaxa is the traditional name for Kootenay (also spelled Kootenai, Kootney, Kutenai, and Kootni)

In 1882, George Ainsworth of Portland, Oregon, applied for a pre-emption of the town site which is now Ainsworth Hot Springs. It was first called Hot Springs Camp and had been founded on the strength of silver, lead and zinc discoveries in the vicinity. The hot springs itself didn't seem to be very high on the priority list of Ainsworth until the 1920s. The town was starting to decline as a mining center when Nelson's John Burns put in a pool and began to develop the springs commercially. A very progressive move! By the time the pool and caves were finished in the early 1930s, the great depression was in full swing. 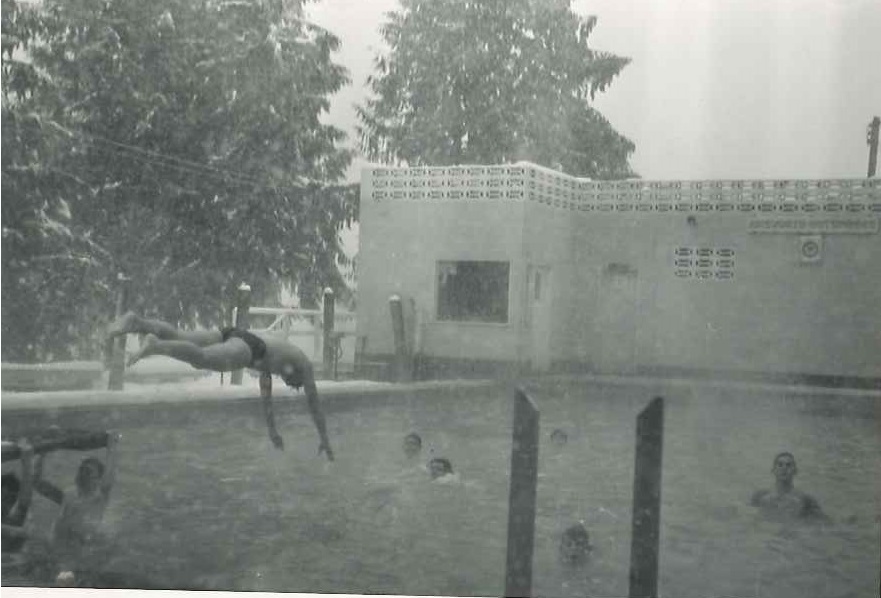 In the 1930s, the pool was open 24 hours a day and a swim cost just 10 cents. In the 40s and early 1950s, mining activity peaked and production was at the highest ever recorded level, mostly due to improved machinery. In the late 1950s, silver prices dropped and the mines were closed.

The owners of the hot springs, Yale Lead and Zine Co, decided to sell their property in Ainsworth, including the pool, cave and lodge. Sam and Bell Homen purchased and operated the property in 1962. When they retired in 1979, the Homen’s sold the property to their daughter Joyce and her husband Norm Mackie.

After some fifty years of use, the pool and change rooms had become old and worn, so in 1983, the pool and caves at Ainsworth Hot Springs were renovated and new change rooms were constructed. The result of this work was an increase in popularity, which lead to the need for accommodation and food services. 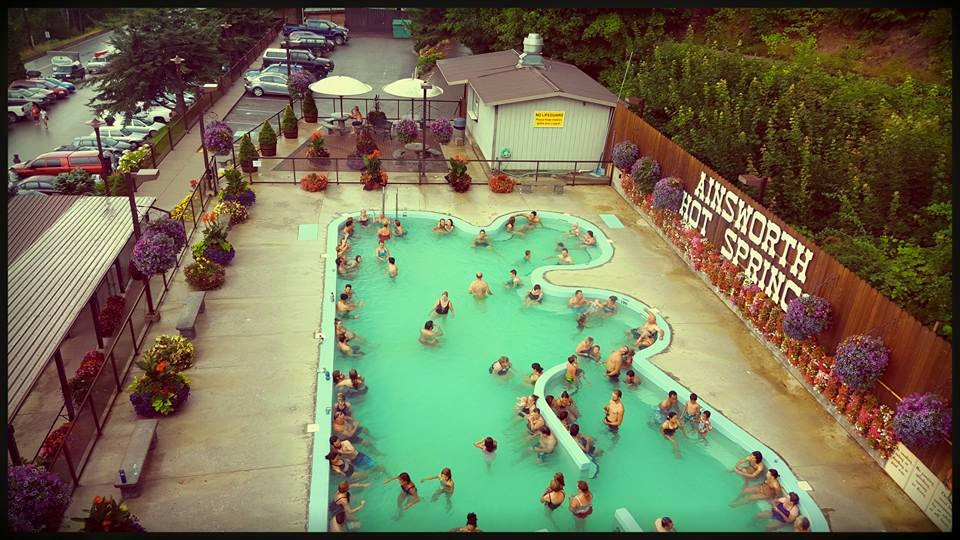 The current hotel was built in 1987 and underwent renovations in 1999 and 2012. Over the past several decades, the caves, restaurant, and hotel have evolved to become the present day wonder of Ainsworth Hot Springs Resort and a vacation spot for guests who have travelled from all corners of the globe.

In 2015, Ainsworth Hot Springs Resort and the surrounding properties were purchased by the Lower Kootenay Band in Creston, BC. The return of the Ktunaxa peoples to this important site in their traditional homeland is incredibly significant and today we welcome you to experience the traditional, relaxing properties of the hot springs for yourself.